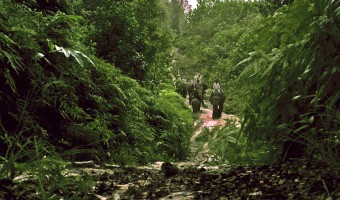 Students will use the stories in episode 1 to better understand fact and opinion while engaging in argument, discussion, and writing to hone these critical skills.

Argument – evidence – claims – credible sources – all skills that students need to discern the world around them.   As students engage in the stories, they will have to negotiate their understanding which will require learners to construct a richer version of the concept, in this case, climate change, and transform their understanding from where they originally started.

Traditionally, science laboratory activities are structured around the laboratory report format.  Students are expected to engage in a format the outlines the hypothesis, procedures, observations, results, and discussion.  Unfortunately, this format is typically used by scientists only to report their work to journals for publication.  This is not what occurs in science laboratories.  Scientists are involved in posing questions, making claims, providing evidence, debating with each other, comparing their answers with others in the field, and attempting to look for patterns across their results.  Scientific argument is at the very core of science activity.  Having completed this process of argumentation, scientists then prepare their written reports for publication.  Questions, Claims and Evidence, 2008

According to Meier, Hand, Hockenberry, and Wise, it is important to remember that the learner controls learning and it is up to you, the classroom teacher, to orchestrate opportunities where students can share and expand their developing understandings.

In “Last Stand,” YEARS correspondent Harrison Ford travels to Indonesia to investigate deforestation caused by the palm oil industry. In “Pray for Rain,” Don Cheadle visits Plainview and finds that most people blame the drought on the will of God or say it’s part of a natural cycle. In “Climate Wars,” Thomas Friedman witnesses climate change as a “threat multiplier” in three Middle Eastern countries: Egypt, Syria and Yemen.

Before you begin, make sure you have the following materials. You will need copies of the handouts for each student and a projector for the PowerPoint. Each handout is available in its original format or as a PDF file: Evidence Organizer, Fact/Opinion Sorter, Fact/Opinion Presentation. Students should have their science notebooks.

Before beginning, assess your students’ prior knowledge around events and issues presented in the lesson and in episode 1.

If time allows watch episode 1 in its entirety and then come back to the specific segments highlighted below.  Have students work in small groups to answer the questions.  Students need to record their answers in their science notebooks. You may want to show all clips in one day or separate them into two days.  *Important Note* Provide students with these questions prior to viewing.

The interactive online quiz provides instant feedback about your knowledge of this subject. The justified true/false questions are meant for use in the classrooms.

Taking actions and/or designing solutions to our local, national, and global problems are a personal journey.  Via Facebook and Twitter (#YEARSproject), share how you are taking action to combat climate change or if you’ve designed potential solutions share those on Instagram or make a Vine.

Without language there is no science. To be practicing scientists and derive new knowledge, we need language – reading, writing, talking, listening, enacting, and visualizing.  Writing is one way to communicate understanding of our learning while allowing us to be creative in our delivery and provide insight and possible solutions to problems.

Katharine Hayhoe studies climate change, one of the most pressing issues facing the planet today. An expert reviewer for the Nobel Peace Prize-winning Intergovernmental Panel on Climate Change, her life’s work has been dedicated to discovering and communicating the realities of a changing climate to those who will be affected most by it.

Inspired by Episode 1? Thinking about your future?  You have the power to make a difference today and in the future. Look into careers inspired by the issues presented in Episode 1: Dry Season.

Use the following print and online resources to supplement your understanding of the material covered in this lesson.

Download and print the lesson plan in PDF format.

On Friday, September 20th, millions of people from around the world will walk out of their schools, workplaces and homes to join the youth-led Global Climate Strike and demand action on climate change and justice for everyone. After multiple reports highlighting the dire situation facing our planet and wildlife, one thing has become abundantly clear: our younger generation deserves to be heard. The National Wildlife Federation stands in solidarity with global youth to deliver this important message. 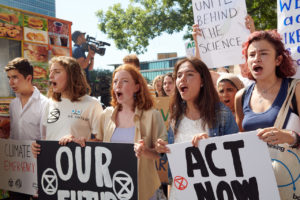 Greta Thunberg, a Swedish teen who started the Fridays For Future movement to urge her government to fight climate change, has inspired a generation to demand adults and their governments act on climate at the scale and speed the science tells us is necessary. National Wildlife Federation is joining with many other adult-led organizations to support the U.S. Climate Strikes and other youth leaders like Greta nationwide. We are joining strikers in cities across the nation – including New York City, Washington D.C., Seattle, St. Paul, Missoula, Tampa, and Houston – and working with schools and youth-led events in communities throughout the country.

You can RSVP to join the strike closest to you – and we hope to see you marching with us. But if there isn’t a strike in a city near you, or you are unable to join a strike event, there are many ways to show your support and take action. You can make sure that wildlife still have a voice by adding your name in support of the youth-led climate strike.

The National Wildlife Federation and our Eco-Schools USA program are proud to stand in solidarity with youth and student leaders across the country in calling for climate action.

We value education and time spent in the classroom as well as civic engagement in important issues. The climate crisis will disproportionately affect both wildlife and vulnerable human communities – including low income communities, communities of color, and young children and the elderly. We need decisive action right now to both prevent climate change from exacerbating out of human control, and to increase the resilience of these most vulnerable communities to climate impacts like drought, flooding, natural disasters, poor air and water quality, and heat-related illnesses.

We encourage teachers, students, and others to participate this Friday and in future climate strikes, as long as student action and participation is safe and supported by school administrators, staff, and parents. Our nation’s largest school district, New York City Public Schools, has shown its support for the strike as well by announcing that they will excuse the absence of any of its 1.1 million students to attend the strike, if they have a note from their parents. Many other schools districts are supporting students and teachers alike by assigning no homework before or after the strike, fostering classroom discussions and assemblies and implementing environmental service projects.

And many administrators and teachers espouse the value of civic engagement in the education of their students. “Creating opportunities for students to learn about the world around them and apply this learning to solving authentic problems in their daily lives, as engaged citizens advocating for community resilience to climate change, builds a STEM literate population for the future,” says Lisa V. Milenkovic, Ph.D., the STEM and Computer Science Supervisor for Broward County Public Schools.

Many of the youth leaders around the country have experienced the effects of climate change first hand:

“In Lerma, [Mexico], the rainfall of 2015 flooded my town, new factories contaminated the air, and buildings were sinking into wetlands. Economic instability and air pollution were the things that pushed my family out of my home. When moving to New York, I realized that the climate catastrophe follows you. It is the one issue that affects everyone, everywhere, but it’s affecting marginalized communities the most. This crisis is our present, but we cannot let it be our future. That’s why youth across the globe are uniting against corporate power, against climate racism, and against the deterioration of mother earth.”- Xiye Bastida, New York

They understand the science:

nce is telling us that by the end of this century, Seattle and most other coastal lands will be almost completely underwater. That’s terrifying for a teen to hear. What’s more terrifying is knowing that before that, we will be facing many other climate catastrophes — extreme heat, fire, drought, hunger, ‘natural’ disasters, air pollution, and so much more. That is, if we don’t act now. This is why I want to empower fellow youth (adults, too!) and show them that we can all stand up to those in power and tell them that we deserve to have a livable future. Our generation has so much more to say.” – Maria Suchoski, Seattle

Why you should participate:

“A year ago, I never would have imagined identifying as a ‘climate activist.’ But in a world where good news is scarce and youth voices get drowned by polluters, activism is a way for us to make ourselves heard.

…Organizing and protesting gives me hope. I’ve watched over the last few months as youth across the globe have rallied around the common goal of justice. And not only that, but direct action works – we’re seeing results as countries begin to take climate action.

However, we still have a long way to go, which is why we’re asking everyone, no matter how old you are or where you come from, to join our strike on September 20th. Because to win this fight we must be united – will you join us?”  – Sophie Anderson, New York