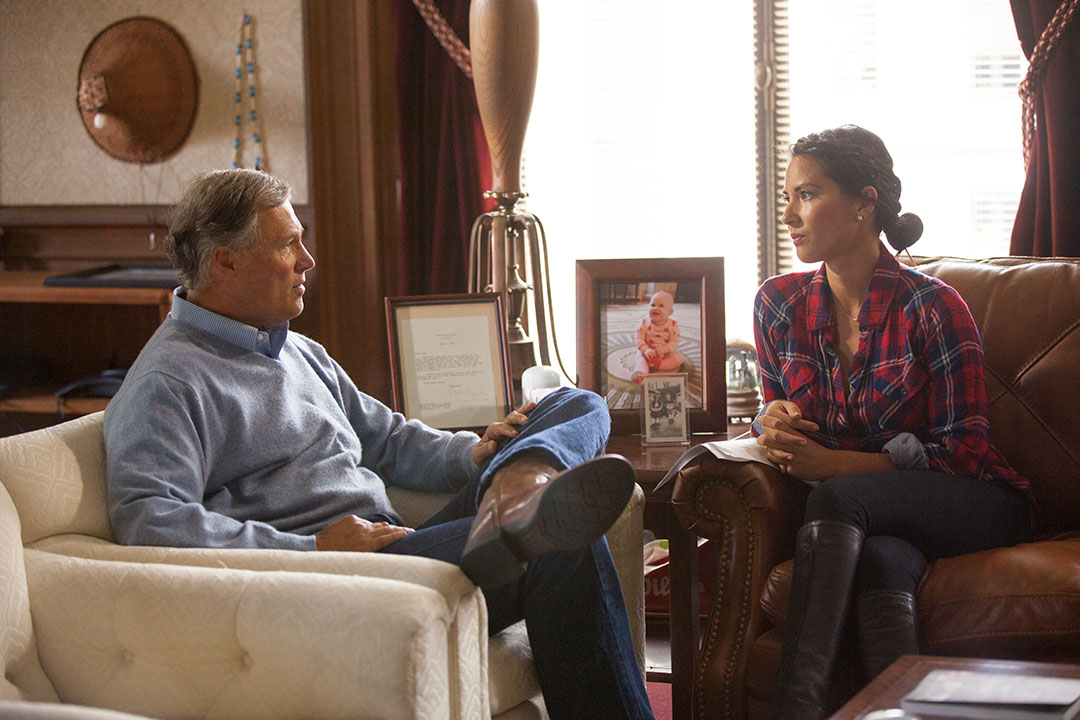 Jay Inslee was a leader on climate change in the U.S. House of Representatives. A year ago, he was elected governor of Washington, in part because of his commitment to addressing climate change. As governor, he’s facing a well-financed campaign by the coal industry to build export depots that could ship 100 million tons of coal to Asia each year. Olivia Munn profiles the nation’s most climate-conscious governor and reports on what he’ll do about the coal export depots.

Videos for The Governor

Middle School Activities for The Governor

On Friday, September 20th, millions of people from around the world will walk out of their schools, workplaces and homes to join the youth-led Global Climate Strike and demand action on climate change and justice for everyone. After multiple reports highlighting the dire situation facing our planet and wildlife, one thing has become abundantly clear: END_OF_DOCUMENT_TOKEN_TO_BE_REPLACED

What You Can Do

Global warming is indeed the biggest challenge of our time. But THERE ARE REAL SOLUTIONS out there.