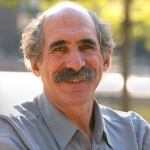 S.B. in Chemistry – M.I.T.
Ph.D. in Chemical Physics – University of Chicago
Post-doctoral research at the Harvard-Smithsonian Center for Astrophysics

Why Michael Oppenheimer, Ph.D. Is Involved

Michael Oppenheimer’s interests include science and policy of the atmosphere, particularly climate change and its impacts. Much of his research aims to understand the potential for “dangerous” outcomes of increasing levels of greenhouse gases by exploring the effects of global warming on the ice sheets and sea level, on the risk from coastal storms,and on patterns of human migration. He also studies the process of scientific learning and scientific assessments and their role in problems of global change.

Chemists study substances at the atomic and molecular levels and the ways in which substances react with each other. They use their knowledge to develop new and improved products, to better understand earth systems, and to test the quality of manufactured goods.

END_OF_DOCUMENT_TOKEN_TO_BE_REPLACED

Emergency managers prepare plans and procedures for responding to natural disasters or other emergencies. They also lead the response during and after emergencies, often coordinating with fire and law enforcement officials, elected officials, nonprofit organizations, and government agencies.

END_OF_DOCUMENT_TOKEN_TO_BE_REPLACED

Physicists study the ways in which various forms of matter and energy interact. They explore the fundamental properties and laws that govern space, time, energy and matter.

END_OF_DOCUMENT_TOKEN_TO_BE_REPLACED

On Friday, September 20th, millions of people from around the world will walk out of their schools, workplaces and homes to join the youth-led Global Climate Strike and demand action on climate change and justice for everyone. After multiple reports highlighting the dire situation facing our planet and wildlife, one thing has become abundantly clear: END_OF_DOCUMENT_TOKEN_TO_BE_REPLACED