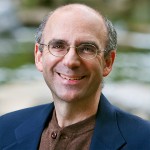 Why Joseph Romm, Ph.D. Is Involved

I have been studying and communicating climate science and solutions for two decades.  It is the story of the century, yet it remains under-reported in the media.  So I jumped at the change to work with some of the best journalists and storytellers in the country on how climate change is affecting us right here, right now.

In 2009, Rolling Stone put Romm on its list of 100 “people who are reinventing America.” Time named him a “Hero of the Environment” and “The Web’s most influential climate-change blogger.” In 2008, Romm was elected a Fellow of the American Association for the Advancement of Science for “distinguished service toward a sustainable energy.”

END_OF_DOCUMENT_TOKEN_TO_BE_REPLACED

Wind turbine service technicians, also known as windtechs, install, maintain, and repair wind turbines. Employers usually provide on the job training over the course of a year to better help train you to the specifics of their turbines and locations.

END_OF_DOCUMENT_TOKEN_TO_BE_REPLACED

On Friday, September 20th, millions of people from around the world will walk out of their schools, workplaces and homes to join the youth-led Global Climate Strike and demand action on climate change and justice for everyone. After multiple reports highlighting the dire situation facing our planet and wildlife, one thing has become abundantly clear: END_OF_DOCUMENT_TOKEN_TO_BE_REPLACED