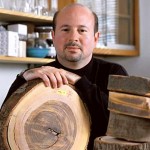 Why Michael Mann, Ph.D. Is Involved

We’ve seen the tip of the iceberg, there are some pretty severe impacts from extreme weather that we think is related to climate change, greater drought, more wildfires, and a whole range of phenomena that we know are linked to climate change and are already happening.”

Dr. Mann was a Lead Author on the Observed Climate Variability and Change chapter of the Intergovernmental Panel on Climate Change (IPCC) Third Scientific Assessment Report in 2001 and was organizing committee chair for the National Academy of Sciences Frontiers of Science in 2003. He has received a number of honors and awards including NOAA’s outstanding publication award in 2002 and selection by Scientific American as one of the fifty leading visionaries in science and technology in 2002.

Dr. Mann is author of more than 160 peer-reviewed and edited publications, and has published two books including Dire Predictions: Understanding Global Warming in 2008 and The Hockey Stick and the Climate Wars: Dispatches from the Front Lines in 2012.

Atmospheric scientists study the weather and climate and how it affects human activity and the earth in general. They may develop forecasts, collect and compile data from the field, assist in the development of new data collection instruments, or advise clients on risks or opportunities caused by weather events and climate change.

END_OF_DOCUMENT_TOKEN_TO_BE_REPLACED

America’s wildland firefighters have earned a reputation for being among the best in the world. These dedicated men and women endure exhausting work, harsh living conditions, and long separations from friends and family to protect our nation’s natural resources from the ravages of unwanted wildfir

END_OF_DOCUMENT_TOKEN_TO_BE_REPLACED

Zoologists and wildlife biologists study animals and other wildlife, and how they interact with their ecosystems. They study the physical characteristics of animals, animal behaviors, and the impacts humans have on wildlife and natural habitats.

END_OF_DOCUMENT_TOKEN_TO_BE_REPLACED

Episode(s): Episode 2: End of the Woods

On Friday, September 20th, millions of people from around the world will walk out of their schools, workplaces and homes to join the youth-led Global Climate Strike and demand action on climate change and justice for everyone. After multiple reports highlighting the dire situation facing our planet and wildlife, one thing has become abundantly clear: END_OF_DOCUMENT_TOKEN_TO_BE_REPLACED